Prior Authorization: New Bipartisan “Getting Over Lengthy Delays in Care as Required by Doctors” (GOLD CARD) Act of 2022

Prior authorization is defined as “approval from a health plan that may be required before you get a service or fill a prescription in order for the service or prescription to be covered by your plan”.  It is also known as precertification, pre-authorization, prior approval, and predetermination

Prior Authorization and Risk for Serious Harms

The premise of PA was for insurance companies to determine if a prescribed product or service is of clinical value and should be covered. Unfortunately, there are examples where delay or denial of care has led to significant adverse outcomes.

In the case of Kathleen Valentini, it led to the delayed diagnosis of a fast-growing sarcoma in her hip. Even after physical therapy failed to relieve leg pain, EviCore still denied an MRI. Valentini’s physician appealed and it still took an additional 38 days for a reversal. By the time Valentini received the MRI that discovered the sarcoma, she had lost the opportunity for a less radical, and possibly more successful, chemotherapy treatment. Furthermore, she suffered continuous pain, underwent amputations of her leg, hip and pelvis, and ultimately died.

Current litigation focuses on eviCore’s website that states its purpose is “not to deny care that is needed but rather to redirect providers and patients to more appropriate testing and treatment options” among other things. The legal argument, supported by the AMA, is that eviCore had a legal duty to Valentini to assist her in receiving optimal medical care instead of placing impediments to her care by denying benefits. The AMA also asserts that the website was misleading because eviCore portrayed itself as acting on patients’ behalf. Instead, eviCore admitted to working for insurance companies that contracted for its services. The insurance companies hired eviCore to make sure that patients would only receive medical care within the scope of the patient’s insurance policy, thus saving money. These two positions are diametrically opposite. One cannot serve two masters.

The case is now pending at The United States Court of Appeals for The Second Circuit after the lower court granted the defendant insurance company’s motion to dismiss. The basis for the dismissal is that there is “no law that holds an insurance company accountable when it practices medicine and then makes an error.” This includes insurers or contractors involved in utilization reviews.

A bipartisan bill, “Getting Over Lengthy Delays in Care as Required by Doctors” (GOLD CARD) Act of 2022, has been introduced to address the negative impact of prior authorization on patients and physicians.

The legislation is based on the 2021 Texas law (see ‘Related ObG Topics’ below) and would exempt physicians from Medicare Advantage (MA) plan precertification requirements if 90% of the physicians’ prior authorization requests received approval in the past 12 months. There are multiple checks in the system to avoid having the exemption rescinded once in place. One of the most important features of the GOLD CARD Act, as per the AMA, addresses who can advise regarding rescinding the exemption

…MA plan physicians who review the potential gold card rescission are required to be actively engaged in the practice of medicine in the same or similar specialty as the physician under review, have knowledge about the specific service in question and possess a current, nonrestricted license in the same state as the furnishing physician On the Way to Removing Prior Authorization Roadblocks Notes from the Field: Physician Concern Regarding Prior Authorization and Risk of Serious Adverse Outcomes 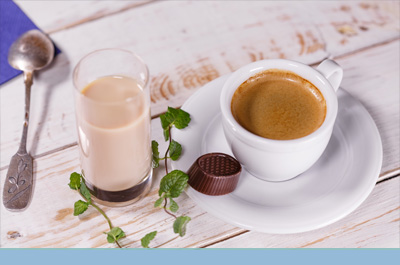